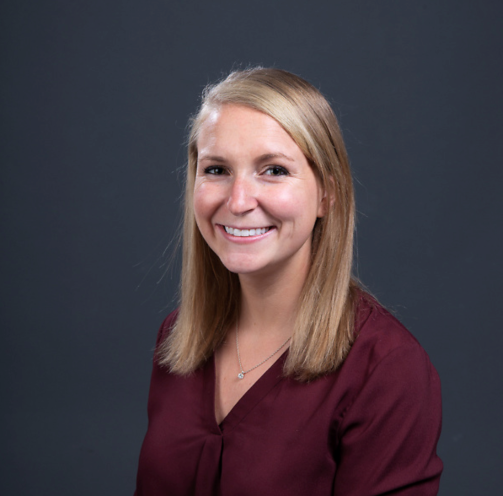 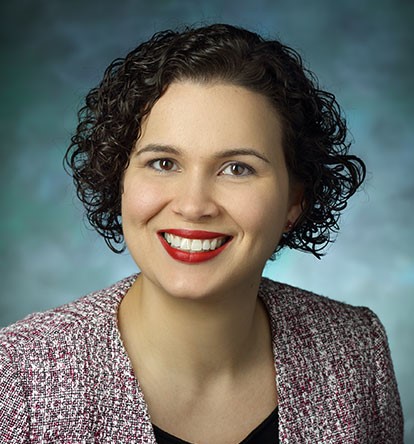 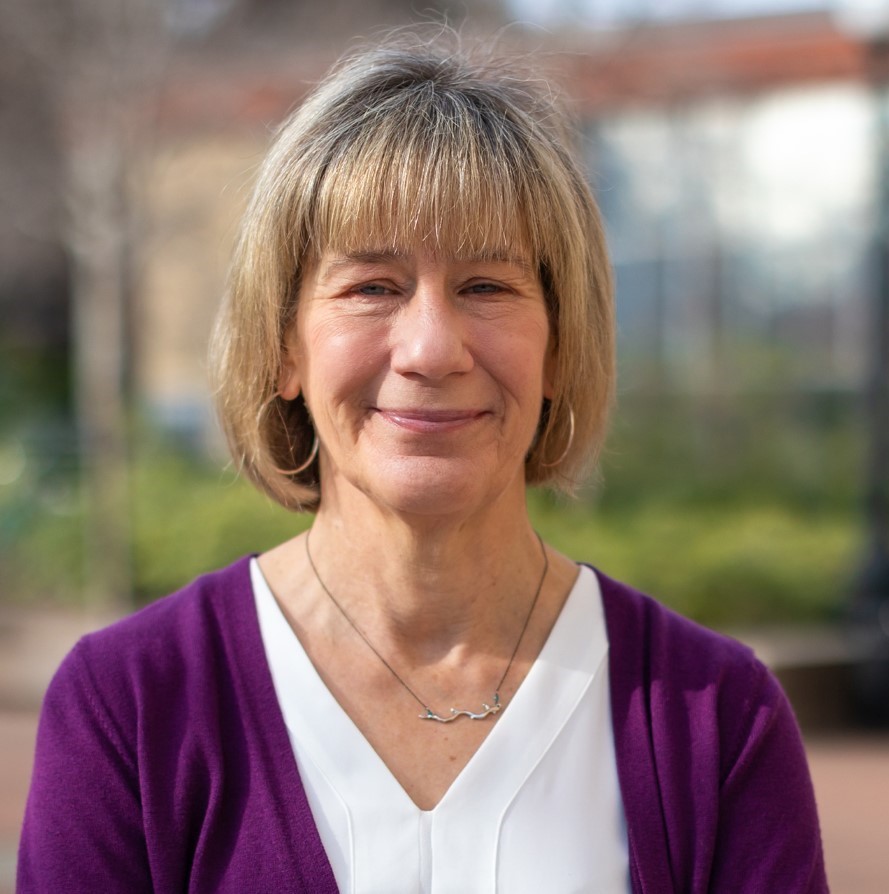 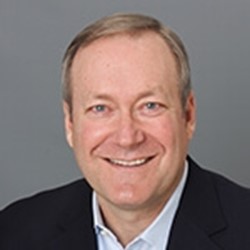 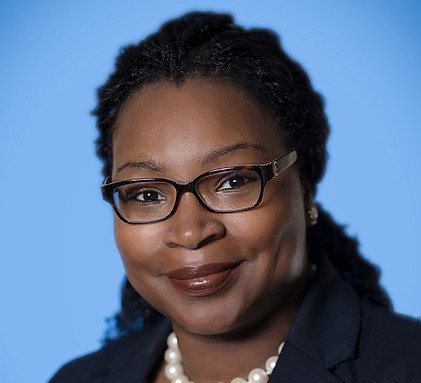 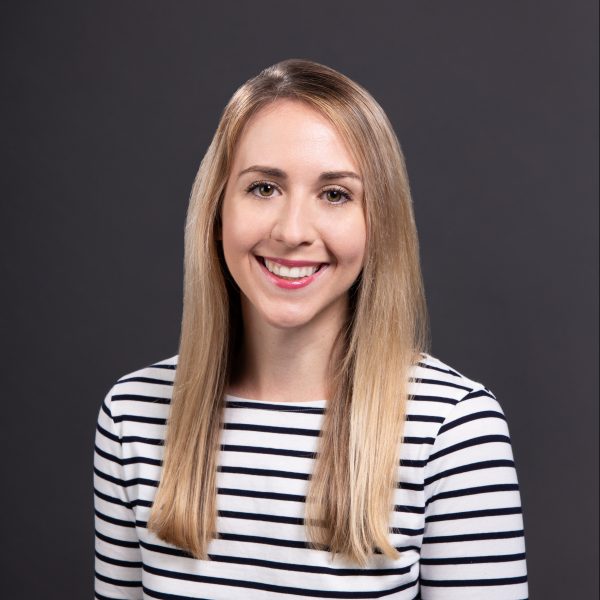 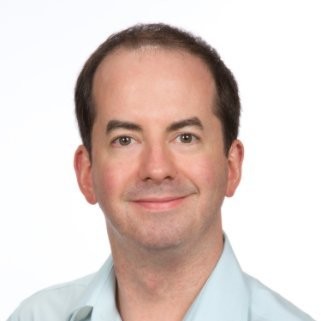 Agile for Higher Education: Processes and Tools for Digital and Marketing Strategy
Keith will discuss how to apply Agile to higher education, in both the digital and marketing spaces, by aligning teams and tools to drive more efficient results in resource-constrained environments. He's successfully overseen a digital transformation at Harvard Law School, moving the entire school to a modern web platform and strategy, and  the marketing of the Bicentennial of the school, where two years worth of planning culminated in a year-long series of celebrations.

How Your Institution Can Adapt Its Content Strategy to Effectively Leverage Stories, Live Video & Ephemeral Content
- Stories vs. Feed: How to use 15-second snippets to reach institutional goals
- How to seek out student/alumni stories on social media for future social media and digital marketing content
- How do you translate long-form written content on Instagram or Snapchat?
- What makes content worthy of a Story?
- What gets people to click back to view the content a second time?
- What tone of voice should you use for with Stories?
Rachel Colleen Smith, Associate Director, Social Media, COLUMBIA BUSINESS SCHOOL

An Integrated Approach to Amplifying Research and Faculty Expertise
Boston University’s Public Relations | Social Media team will give a crash course on how to effectively use social media and content platforms together with traditional public relations strategies to amplify research, connect faculty with broad and highly targeted audiences, and elevate faculty profiles among the general public and the media.

With one change to our digital strategy, we increased the number of inquiries to our programs by more than 400 percent. How? By deploying a real-time dashboard with the ability to understand and optimize engagement across all platforms, including social and websites, and across all 12 of our graduate programs.
Timothy Bohling, Chief Marketing and Graduate Enrollment Officer, and Teaching Professor of Marketing, UNIVERSITY OF NOTRE DAME

Beyond Local and National: Effective Strategies to Garner International Media Coverage
As communicators, the world is at our fingertips. But how do you join the global news cycle and stand out? This session will discuss the international media strategies that have allowed Johns Hopkins University School of Medicine to triple their media placements in the Middle East and China, year over year, since 2016.
Alsy Acevedo, Senior Media Specialist, JOHNS HOPKINS MEDICINE

Before the Crisis Occurs: Preparing an Integrated Institutional Emergency Communication Plan
In the event of a mass casualty event on campus, who creates the institution's messaging about the event and how is it disseminated to the institution’s various audiences? Developing a plan for communicating about a campus crisis in an age where everyone is a reporter with a video camera.
Donna Lovell, Assistant Vice President, News and Content Production, STANFORD UNIVERSITY

End of Day One

Full Day Crisis Simulation Workshop with Donald Steel
In this full day, comprehensive and hands-on executive program, you will gain a complete understanding on how organizations should prepare for and take effective actions at the outbreak of damaging fake news, negative PR and crises. You will leave with a better understanding of strategic crisis management and communication protocols to contain and counter crises and how to protect brand reputation.
Led by Donald Steel, a renowned speaker in reputation and crisis management, this program aims to explore how early planning and preparation, together with a strong understanding of the principles of crisis communication, will insure the organization against reputational shocks or damage. Using case studies from leading organisations and a series of practical simulation exercises, participants will discover effective strategies to handle a high-pressure reputational crisis and establish crisis leadership to not only protect brand trust but also emerge from the crisis with trust enhanced.
This program also explores how communication professionals should operate in the midst of such fast moving situations. From the principles of establishing what has happened, communicating timely and devising crisis leadership and strategies to managing the traditional and social media, the program will challenge you to return with renewed fervour about the importance and financial value of crisis planning and rehearsal. You will also gain vital crisis communications skills to manage and defend trust in your brand when it is at its most vulnerable.

Donald Steel is Vice-President, Crisis Communications, at Kenyon International Emergency Services, the world’s leading responder to incidents involving loss of life or human injury.  He leads a team of senior communications directors based around the world, ready to respond immediately to incidents.  With bases in Houston, Bracknell, UK, Beirut and Sydney, for more than a century Kenyon has attended incidents that have made global headlines, including aviation accidents, terrorism, major fires and natural disasters.  Originally a radio presenter, Donald was for 11 years, the chief media spokesman at the BBC, where he led the communications response to a range of serious issues including terrorist attacks on the broadcaster, murder, serious accidents, kidnapping and political and diplomatic crisis.  Alongside his role at Kenyon, he runs his own crisis practice and is in demand globally as a crisis adviser, trainer and speaker.  Based in London, UK, Donald is a regular guest lecturer on crisis communications at the London School of Economics and at the China Media Centre at the University of Westminster. He is a Fellow of the Royal Society of Arts and of the Chartered Institute of Public Relations.

As senior media specialist for Johns Hopkins Medicine International, Alsy focuses on global media relations strategies and outreach to position the Johns Hopkins Health System as a top-of-mind destination for complex diagnosis and treatment, and as a trusted resource for health information.

A former journalist, Alsy has written for the Orlando Sentinel and the Asheville Citizen-Times, produced two different radio shows, and was an adjunct professor of marketing, international business and communications in Puerto Rico. Before joining Johns Hopkins, Alsy worked for Catholic Relief Services, where she led international media campaigns, served as media spokeswoman and trained staff members on cultural competencies, media best practices and social media.

Alsy has been recognized by the Huffington Post as one of the 50 Top Latino Voices to Follow on Twitter, by Latino Leadership as an Outstanding Woman in Media and by the National Association of Hispanic Journalists with the Ruben Salazar Scholarship

Donna Lovell, Assistant Vice President for News & Content Production, joined the University Communications team at Stanford in 2009. Prior to that she worked at the San Jose Mercury News where she held several editorial roles during her more than 16-year tenure there.  A pioneer in online journalism, she was one of the first online editors at the newspaper, which began its digital presence as a site on America Online in 1993.  Lovell began her career as a business writer, working at several publications, and also worked at AltaVista, an early search engine company.  In her role at Stanford she manages the Stanford News Service and serves on university’s Emergency Management Steering Committee.

Timothy Bohling joined the University of Notre Dame as Teaching Professor of Marketing and Chief Marketing Officer at Mendoza College of Business in 2019. Prior to joining Mendoza, he was a Marketing Professor of Practice and the Chief Marketing and Communications Officer at Robinson College of Business, Georgia State University. Professor Bohling is an accomplished global business leader, teacher and scholar, having held several Vice President and C-Suite positions leading marketing transformation and entrepreneurial business building at IBM, HCL Technologies, Stratasys, and Georgia State University while concurrently publishing several research papers in top scholarly journals. He is the founder of a marketing consulting company dedicated to elevating the growth and greatness of his clients.

Executive Director of Communications and Marketing

Maxine Greenleaf currently serves as executive director of communications and marketing at Jackson State University. Throughout her career, she has bolstered community relations, student enrollment, athletic ticket sales, and brand awareness to help Universities achieve established goals. Greenleaf, a native of Itta Bena, Miss. spent four years as the director of communications and marketing at her alma mater Mississippi Valley State. She has a bachelor’s degree in mass communication and received her master’s in mass communication and journalism from Kent State University. She is currently enrolled in the higher education administration doctoral program at the University of Mississippi. Previously, Greenleaf has served as the director of public relations for the Leflore County School District. Greenleaf is currently assistant governor for Rotary - District 6820 and has been since July 1, 2017. Also, Maxine serves as past president of the College Public Relations Association of Mississippi.

Rachel Smith is an Associate Director, Social Media in External Relations and Development. She strengthens School pride through online and digital engagement. Rachel manages, monitors, and builds strategy for the School's social media accounts on Facebook, Instagram, Twitter, and LinkedIn. Before joining the Business School in October 2017, Rachel was the social media manager for Sesame Street and its parent company where she established an online presence for many of the program's beloved characters including Elmo, Big Bird, and Cookie Monster. Rachel also served as the fan engagement manager for TIDAL. She holds a B.A. in Liberal Arts from Sarah Lawrence College with a concentration in Anthropology and Media Studies. Rachel was born in Ithaca, New York, but grew up in St. Louis, Missouri. She lives in Harlem with her partner and their service dog, Banjo, who is the first full-time canine employee at an end-of-life hospital in the Bronx.

Hilary Katulak is the Associate Director of Public Relations at Boston University where she leads media relations and content strategy planning and execution. Hilary specifically concentrates on building visibility for faculty research and thought-leadership and supports the University’s mission of becoming a global leader in research excellence. Hilary graduated with a Bachelor’s degree in Communications and a Master’s degree in Communications Management from Simmons College.

Keith McCluskey is the Senior Director of Online Strategy for Harvard Law School. Keith is a seasoned digital, marketing and organizational strategist with more than sixteen years of experience across consulting, advertising, and higher education. He has worked at both MIT and Harvard University, and with more than twenty corporate clients while at Sapient. In both newly-created and established roles for each of those organizations he has defined strategy, built teams, and managed project delivery. He holds a Master of Architecture degree from MIT.

Across his diverse roles, Keith has always focused on four pillars to build success:

- Defining and iterating on the mission of the organization to build cohesion and clarity
- Building great teams by allowing good people the space and support they need to flourish and be recognized
- Making efficient use of people’s time through continual improvement of processes and tools via feedback and analytics
- Teamwork, curiosity, and optimism as foundational mindsets for success

Keith lives in the Boston area with his partner Maggie and when not working, he focuses on his interests in music and dance, photography, and personal analytics.