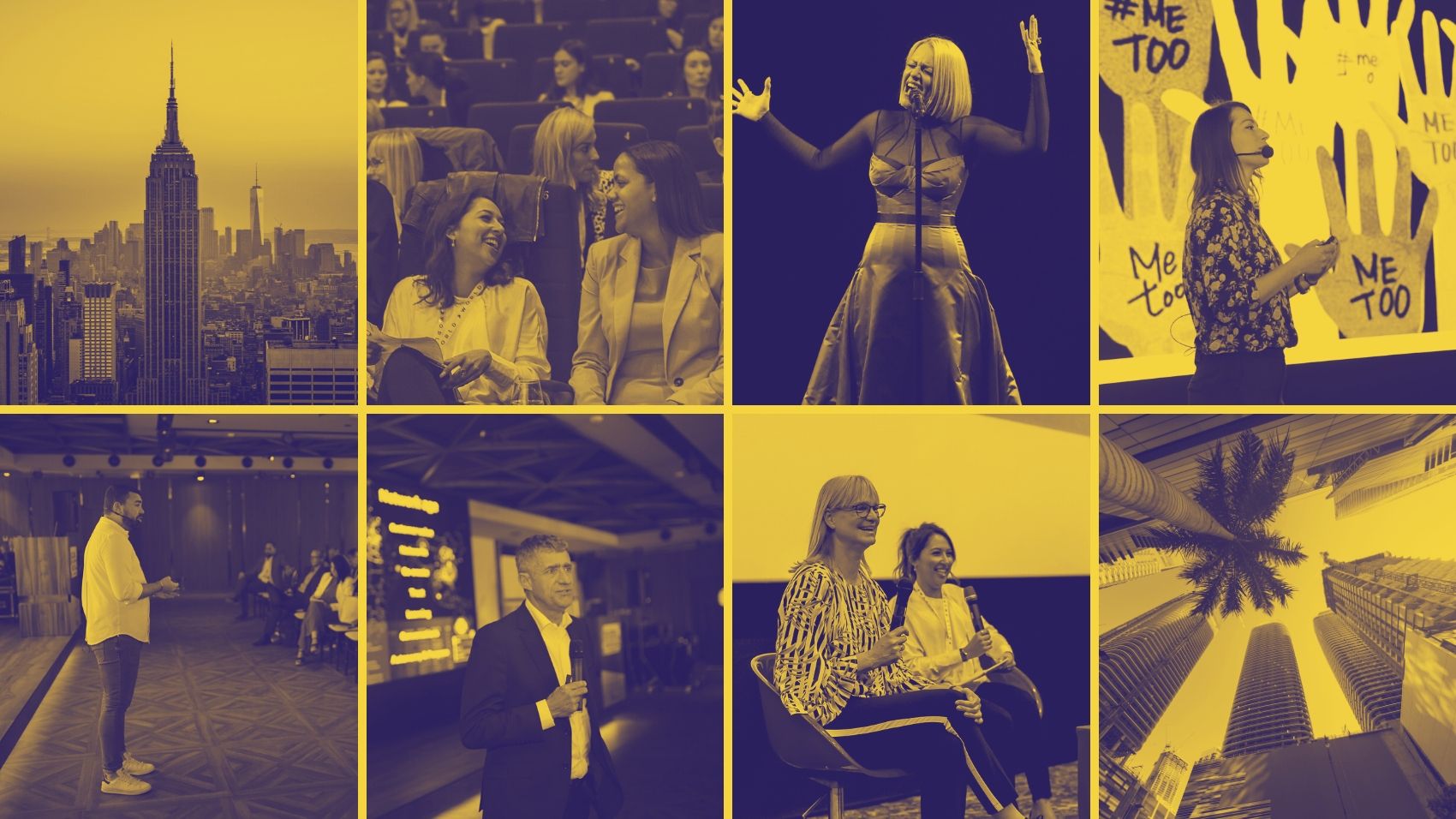 We organized 30+ business events on four different continents and made over 3000 new friends from 89 different countries.

We kicked off the year with the third edition of the Crisis Communications Boot Camp in Vancouver, Canada.

In March, we organized the first ever edition of our Marketing Kingdom in Malta. With speakers from Facebook, Unilever, Hotels.com and SAP, the Marketing Kingdom Malta included cutting edge presentations on the latest trends in marketing and social media with special focus on content and data marketing.

In April 2019, we launched the first ever edition of our Global Healthcare Communications Summit in Toronto. The Summit included presentations by some of the world's leading healthcare organizations including Cleveland Clinic, Boston's Children Hospital and Emory University.

We kicked off the Fall events seasons with the second edition of the Global HR Summit in Skopje. A big thanks to kariera.mk for partnering with us for the second year in bringing global HR expertise to our homeland.

The first US edition of the PR measurement boot camp took place in Atlanta from September 26th-27th.  In September, we also launched the first ever edition of our Global HR Summit in Milan, Italy.

Based on the incredible feedback in Toronto, in October we launched US edition of the Global Healthcare Communications Summit in Boston.

Later that month we took the Global HR Summit to Zagreb for the 8th time and the Crisis Communications Boot Camp in Chicago for the first time.

We finished off the event season with the fourth edition of the Global PR Summit Canada in Toronto and the first edition of the Crisis Communications Boot Camp in Europe, in Helsinki, Finland.

2019 marked one year of our amazing partnership with the Human Capital Institute. Since 2004, HCI’s research-based learning solutions have helped leaders, human resource and talent management professionals plan for, acquire, engage, and develop their people. In-class, on-line, or in-house, we equip HR with the capabilities to translate strategy into results.

Together with HCI we organized several certified programs in Montreal, Vancouver, Ottawa, Toronto, Istanbul and Zagreb.

2019 was also a year of music at P World. Our Co-founders Sanja and Kosta wrote the lyrics and created the PR campaign for North Macedonia's entry at the Eurovision Song Contest in Tel Aviv, Israel.

Based on the incredible team work of the Macedonian delegation, the song PROUD performed by TAMARA TODEVSKA won the grand jury votes and finished 7th overall, the best ever result for North Macedonia at the Eurovision Song Contest.

Finally, in 2019, Thursday became the new Friday at P World. As of December 1st, we rolled out our four day working week and we are now the first ever company in Macedonia to do so.

As we look back to 2019, we would like to note one more time that our success in 2019 would not have been possible without the amazing support from all of our speakers. We are eternally grateful for their contribution and for believing in our vision of bringing positive change to the global business world.